In case nothing in that title makes sense to you, Quidditch, the fictional and magical sport in the Harry Potter series that is played on flying brooms, was adapted to be played in real life by real humans. I myself played Muggle Quidditch in University and loved it. A while ago, several large Quidditch organizations around the world said they were looking to officially change the name of the sport. This was for two reasons. One, because Harry Potter author and the creator of the sport JK Rowling has since become an insufferable transphobe online and many Harry Potter-related organizations are trying to distance themselves from her and her views. And two, because Quidditch is a trademarked word from the franchise, organizations felt they were limited in their use and wanted to be able to branch out in the world more, including maybe even getting the sport televised. 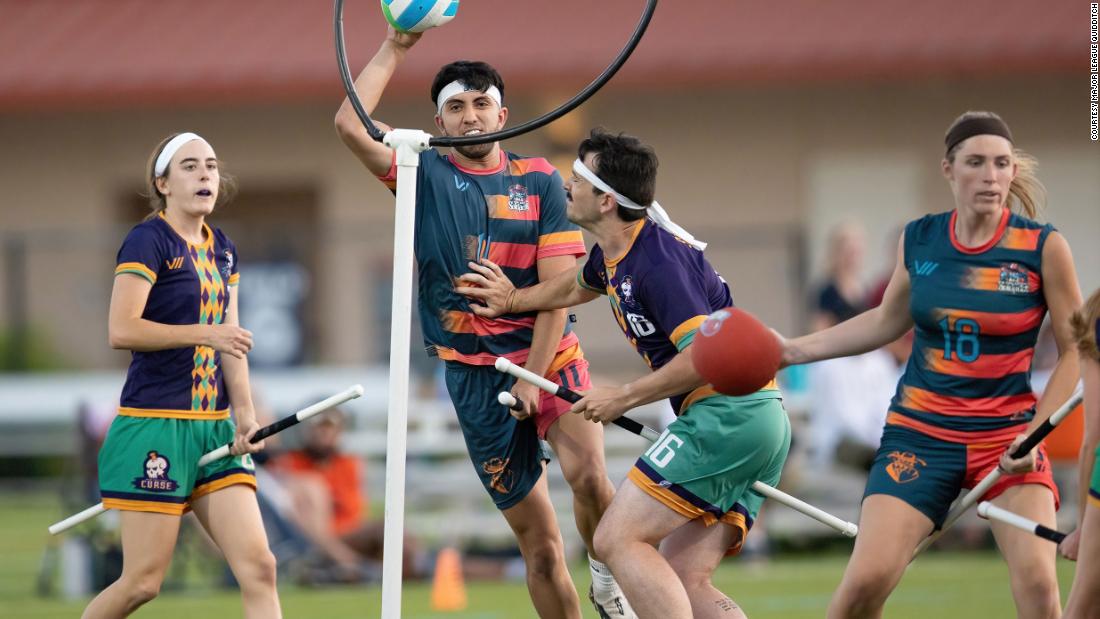 I do understand both of these reasons. Rowling’s behaviour and takes are wildly unacceptable and it’s unfortunate that she’s actively driving away fans to this extent. And I’d love to see Quidditch one day be an Olympic sport, and for that to happen, it needs to branch out from more than the post-secondary circles that it seems to mainly run in, and doing it without the threat of lawsuits would be great.

However, rebranding is always a pain, and I think in this case it’ll be near impossible to completely remove the sport from Harry Potter. I’ve had to explain Quidditch to people dozens of times, and my opening line is “are you familiar with Harry Potter?” because that’s the starting point, and then sometimes it clicks for them. I think that preface will always be there (unless the sport gets wildly popular now), only it’ll have to come with an extra explanation now that the name was changed. 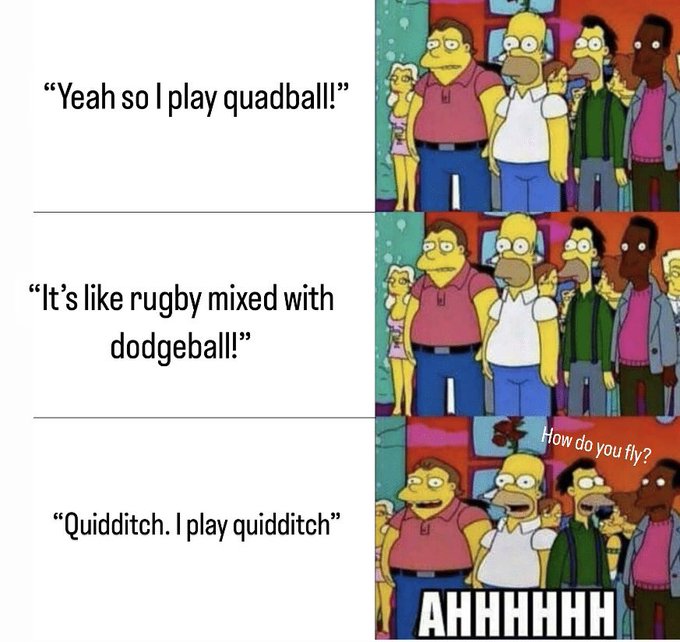 Yes, Quidditch is now officially Quadball, as it was announced the other day. There was a worldwide survey to collect name ideas, and Quadball is apparently the result. Honestly I don’t like this name and I can’t believe this was the most popular name from the survey. I certainly didn’t pick it as my top choices. Quad means four, and the explanation they gave for this new name is that there are four player positions and four balls on the field, but I think that’s weak. There are technically five balls if you count the Snitch (ya know, the most iconic ball from the game), and I think the three hoops on each side (six total) are way more memorable than the positions that only dedicated fans can name anyway.

Quidball would have been a way better name (or something else using ‘Quid’ in it). That Quid part would have still paid homage to the original name, not been as confusing for new people, and would’ve probably gotten by the trademark.

I guess I should be glad the Q is still prominent, as I recall some of the potential name ideas in the survey being like Strikeball or something very drastic. Many Quidditch teams and organizations (including the virtual quidditch game I co-run) use acronyms, so at least those don’t have to change.

I love Quidditch and I want the sport to be bigger and better for sure, so I hope this rebranding will help, but I’m not feeling very optimistic. While it may fix the trademark issue (are the ball names trademarked at all?), I truly don’t know if it’ll be worth all the effort to rebrand and change so many team names and documents all around the world when there’s no guarantee that it can be culturally separated from Harry Potter. Not to mention that no one is legally forcing the change, so I can foresee a lot of smaller teams not wanting to make the switch.

And now I gotta figure out how to update my iBook on the sport. Anyone got a Mac they can lend me?

4 thoughts on “So Harry Potter’s Quidditch Is Now Quadball…”