I was due for a post today and had one ready, but then I spent literally all day yesterday vibing to the new album from Neon Trees so this is what you’re getting from me now. I’m so sorry if you genuinely have no interest in their music, but also know that you’re wrong.

I Can Feel You Forgetting Me came out yesterday on Friday the 24th, and it’s in many ways a new vibe for the band but is still the pop/punk/alternative music I love from them. All their music over their career is just so fun and upbeat, and the songs on this album are no exception. It’s been six years since Neon Trees’ last album, Pop Psychology, so I was more than ready to hear this new stuff from them, and I was hitting play on every single they released as soon as I could.

Honestly, I’m so hyped that there’s new music and I have no chill so here is a track by track breakdown of my thoughts on this album.

As fun as their songs are, so many of them, especially on I Can Feel You Forgetting Me, are so honest when discussing relationships and feelings, and seriously, it had me wishing I had a broken heart so I could really feel it, ya know? Anyway, so please do yourself a favour and listen to this album. And their others as well because there is no shortage of absolute bangers from Neon Trees. You need them in your life. I don’t think ICFYFM is my favourite album from them, because Pop Psychology was it for me, but this album is overall really good and there are some songs on here that are definitely some of their all-time best. 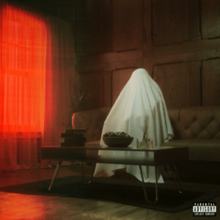 If you need me, I’ll be listening to this album on repeat for probably the next month.

That’s all for now.