A few weeks ago I was browsing Spotify’s new Friday releases when I spotted Jeremy Renner’s name (aka Hawkeye in the Marvel movies). Once in a while on social media he’ll post some image of him playing an instrument so I knew he had an interest in music. I just didn’t know he professionally records things and has several songs on Spotify.

So of course I had to listen (and you can too here). He has six songs, all singles, and I recognized a few as covers. Apparently, some of them were done as a campaign for Jeep… Anyway, he’s got a raspy voice that works well for the country/rock genre the songs are in but it isn’t very recognizable as him. Still, it’s not bad to listen to at all. I don’t know if he could ever have a thriving music career, but if he’s having fun releasing songs just for kicks (and that Jeep money), then okay! They’re good! Of course, this will forever be his best song.

And then I clicked related artists. I don’t know what I was expecting, but it definitely wasn’t Robert Downey Jr and Scarlett Johansson.

I knew RDJ sang. Every Christmas I hear his cover of ‘River’ a lot on the radio and I love it. But I thought that was just a one-time thing. I did not know he also has a full album of songs from 2004 called The Futurist. He got out of prison and his plan to reinvent his career was with music, apparently. He’s a pretty good singer, but the music on this album just isn’t for me. It’s a little jazzy and a little slow, kind of like background restaurant music. Plus I found that often the melody he was singing didn’t really match with the instruments, but I guess that’s how it’s supposed to be. I’m not surprised the album didn’t thrive and he chose to not pursue music further. That being said, I can definitely see him in like ten years doing a better, more upbeat jazz album just for fun. He’s classy now and I think he’d be able to do it and not take it too seriously because he’s RDJ. 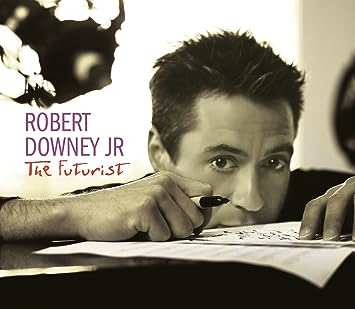 ScarJo’s music was…something else. In 2008 she did a solo album called Anywhere I Lay My Head and listening to it was rough. It’s slow, sad, folksy music and you can barely hear her voice over the music. She doesn’t have a bad voice, but this album just was not doing her any favours. I don’t know if she really intended to have a music career, but I just don’t know who would really really enjoy that music enough to see it in concert or something. A year later, though, she did a duet album with some dude named Pete Yorn and it’s still indie music, but it’s way more upbeat and cute and you can hear her a lot better. I kind of liked it. And you know what? She had another album in 2018 with Peter Yorn. Yes, 2018 as in last year. Did anyone know this? She did all that press for Marvel and never once decided to share this? Anyway, the second album is a short EP and I liked it better than the first. Fun poppy indie music that I didn’t mind listening to. 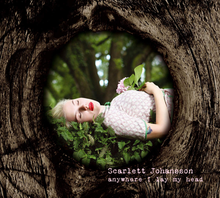 And through clicking related artists again, I then found Brie Larson’s album. In 2005 when she was 16, she released a full album called Finally Out Of P.E., and it’s exactly the kind of music you would expect from a young girl in the mid 2000’s. In the same vein as Avril Lavine and Hillary Duff, it’s just pop music but I kind of dug it, and between her, ScarJo, RDJ, and Jeremy, I liked it the best. If you are into that very specific era of music, I’d even recommend it. 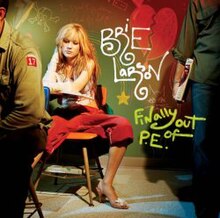 So after hearing all this, I needed to know if there were other Marvel stars with secret music out there. I began searching everybody’s name on Spotify. And wouldn’t you know, several others have dabbled in music to some extent, though only some of it was new to me. Here’s what I found:

We all knew that Marvel roped in some mega talented people, but this just really solidifies the fact. As I said, I knew of a bit of this, but overall, I was very surprised to see multiple full albums. Made for one interesting morning as I listened to it all. I’m willing to bet a lot of you are in the same boat I was, so go listen and be as surprised as me!