I used to be a pretty avid gamer. Honestly, Nintendo was my childhood. But around the same time I started watching too much TV, I stopped playing video games. Yes, a few times in the last year I’ve plugged in the old Nintendo 64 so I could play Kirby Crystal Shards, but that was more out of boredom than interest.

Recently, I decided that I may be experiencing a slight quarter life crisis and that I really missed being young. But not enough to do anything about it. Until I did. Two weekends ago at a garage sale, some rando was selling a copy of Pokémon White for $2. Yes, TWO DOLLARS. Though my Nintendo DS was in some forgotten box in the basement, and I hadn’t played a DS game in years, I wanted it. I couldn’t pass up that deal! So I bought it. And as soon as I got home, I dug out my DS, popped in the game and started playing. I think I logged 10 hours that day.

When my brother came into the room and saw me, he said, and I quote, “What a loser. You’re twenty and playing Pokémon?” but I just rolled my eyes and kept playing. You know, though I played it all day and then several days following, I never once really felt immature. I felt happy. I was playing on a device I loved, playing a game I enjoyed and I wasn’t sucking at it. I was content. The only time I kind of felt silly was when my dad handed me a margarita and then I realised I was a legal adult, drinking alcohol while playing a game designed for kids. But, y’know…yolo.

Why did I ever stop playing video games? They were always so fun. I was always drawn to games that I’d describe as “nice games.” Like Mario and Pokémon and Zelda and Kirby. Very limited violence and lots of colours. I didn’t care if graphics weren’t great. I didn’t care if it was a 2D world. In fact, I preferred that. I just wanted to play, really, and Nintendo was perfect for that. I guess that when my brother and friends outgrew video games, I did too. I kind of regret that now. I still have all my old game stuff and my bedroom door still has cut-outs of various game characters taped to it, but I lost the passion. And now I’m getting it back, I think.

My coworkers are gamers. I listen to them talk about Dark Souls and Skyrim and Fable a lot and they’ve tried to convince me to play too. But I don’t have an interest in that. Those games are too long, too complicated, too violent, and too hard to just pick up. I’ve realised that I like handheld games and games that guide you (for the most part).

I think that after I beat Pokemon White, I’m going to go through my old games and see what else I have. Maybe beat games I never beat or replay games I loved. I mean, it’s not costing me anything to have a good time. In fact, it’s saving the family Internet usage as I’m playing on my DS instead of derping around on the Internet.

Maybe in two weeks my DS will be back in the basement box and I’ll be over it. But for the present, I’m having fun. I’m enjoying Pokémon and my DS. This could be the start of a nerdy rekindling of love, and I’m ready for that. This doesn’t make me any less of an adult.

To all you people who, like me, used to play video games, get into it again! Dig up your old devices and give your old games a go, even just for a day! Because let me tell you, having this game to look forward to after work instead of boring summer TV is great.

Now, if you’ll excuse me, I have to go challenge the Elite Four!

30 thoughts on “Why Did I Ever Stop Playing Video Games?” 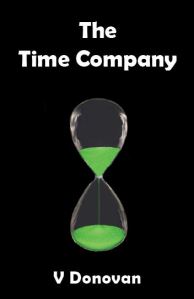